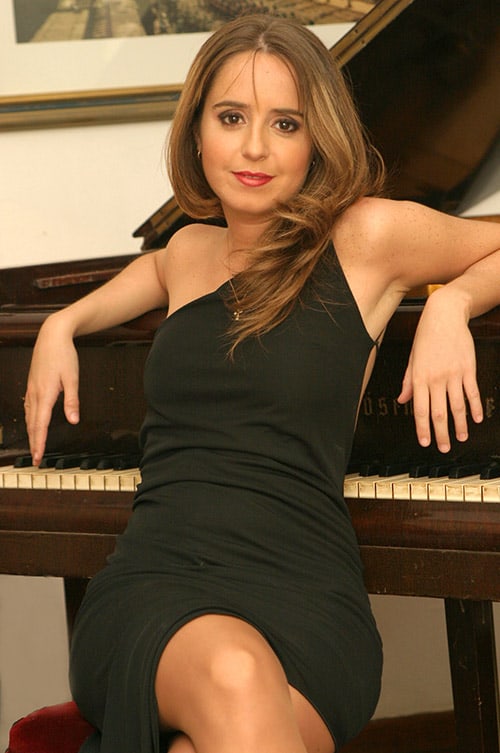 Firmly established as one of the most renowned and outstanding Latin-American pianists, Lorena Eckell has performed with great success in North America, Latin America, Europe and Asia.

Ms. Eckell was selected by the Romanian composer Marius Herea to premiere his Concertino for Piano and Orchestra. The world premiere took place in Ploiesti, Romania. Composer Marius Herea said: “I consider her the best choice for my Concertino and I think that Lorena Eckell - who has a very different style to that of Martha Argerich- will be known worldwide in 10 or 15 years as her compatriot”.

A frequent performer throughout Mexico, she was invited to perform recitals in Monterrey and Torreón at the “XV Casa Beethoven International Festival,” one of the most prominent Festivals of Latin-America, with great reviews in both recitals. In that country, she also performed the Ravel Piano Concerto in G with the celebrated conductor Enrique Batiz. In 2013, Ms. Eckell toured Mexico with prestigious chamber quartet Quatrotango, giving more than 30 performances in 35 days, including piano performances, chamber music recitals and the Schumann Concerto with the Hidalgo University Symphony Orchestra. During the tour she also gave master classes at the “Conservatorio Nacional de Música” and the “Escuela Superior de Música” of Mexico City.

Ms. Eckell’s 2012 season highlights include a tour around the Arab Emirates with the Premier Music College of Prague, in which she performed concerts with the orchestra as well as piano solo recitals in Dubai and Abu Dhabi, among others emirates.

Ms. Eckell has been invited several times to open concert seasons and festivals, such as the first “Tango Fusión International Festival”, in the framework of the IV Summit of the Americas (Mar del Plata, Argentina) and the International Season of National Symphony Orchestra of Peru. In that country, she has also performed several times with the Trujillo Symphony Orchestra and the Youth National Orchestra of Peru, apart from giving numerous piano presentations.

With the National Symphony Orchestra of El Salvador, she performed the Beethoven Piano Concerto No3 “with a majestic interpretation,” according to critics.

In 2009 she was awarded the distinction "Women of the year of San Isidro," being said city her birthplace, in recognition to her distinguished career. 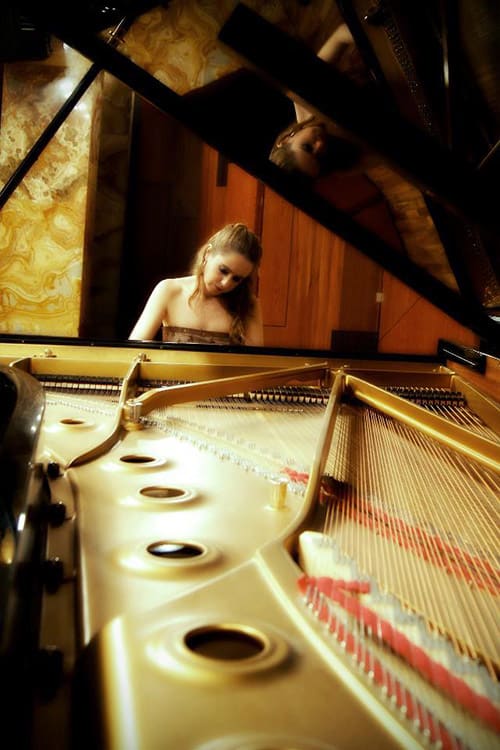 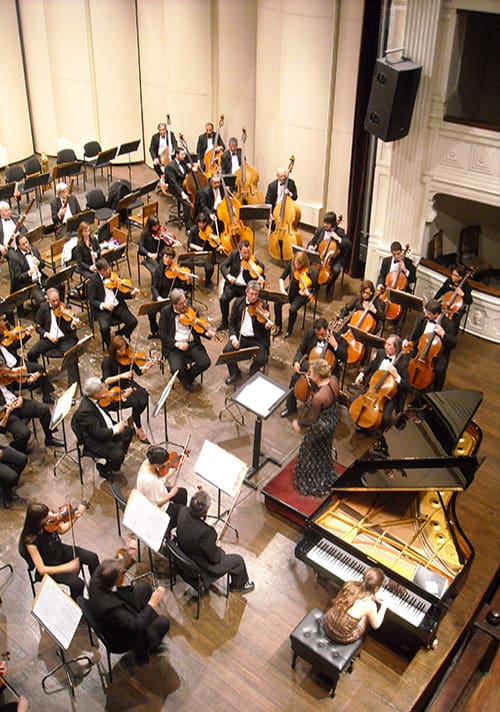 In addition to her successful solo career, Ms. Eckell is also very interested in chamber music. Her performance was highlighted with Austrian violinist Wolfgang David in Bariloche, Argentina, at the “Llao-Llao International Festival”, where the concert was extraordinarily received by both audience and critics (“We were able to hear violinist Wolfgang David and pianist Lorena Eckell who contributed to a top quality formation in a brilliant way through her artistic view.” (Diario La Nación). Sponsored by the Argentine Embassy Ms. Eckell has performed regularly with violinist Marcelo Rebuffi under the duo Eckell/Rebuffi in major cities of Argentina, México and Spain, developing an international profile and future engagements of their duo include Europe venues.

Ms. Eckell has a very strong commitment to the promotion of Latin American music, especially to the Argentinian one. In fact, in 2006 she recorded a CD based exclusively on Argentine composers such as Astor Piazzolla, Alberto Ginastera, Carlos Guastavino and Juan José Castro (Fonocal Records). Among other high-profile experiences in the recording studio, Ms. Eckell has also recorded a CD with violinist Marcelo Rebuffi based on the violin and piano works of Argentine composers (Fonocal Records) and has collaborated as a “guest pianist” with several artists.

Nowadays she is working on the “Lorena Eckell/Chopin Project”, in which, for the first time, an Argentinean pianist will record all Chopin’s Ballades & Fantasies and other of her recent and future engagements include recitals and piano concertos in Argentina and in foreign countries.

Ms. Eckell has graduated from the "Juan José Castro Conservatoire” in Buenos Aires with the highest qualifications in piano. She studied piano with concertists Inés Gómez Carrillo, Aldo Antognazzi, and Iván Citera in Madrid. In the words of Pia Sebastiani, the famous Argentine pianist of great international career, “Lorena is an artist of excellent technique, with great inventiveness and is very personal in her interpretations”.